Who Sells the Most Expensive Delft Pottery? 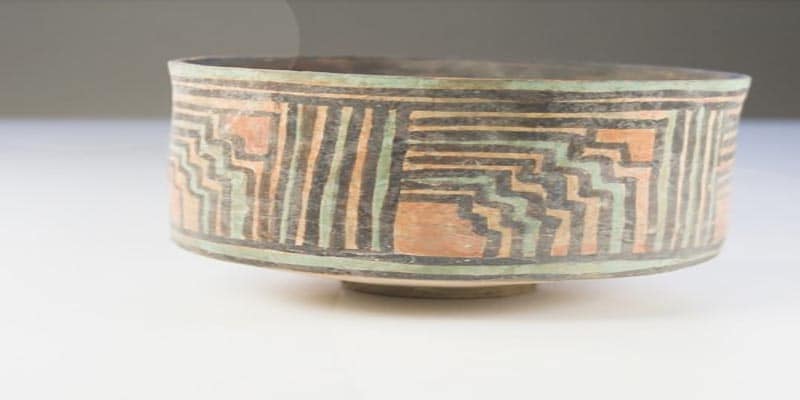 Delft pottery is known for its vibrant blue and pure white colors, engaging hand-painted motifs and porcelain-like appearance. Also called Delftware and Delft Blue, this tin-glazed earthenware has been produced in the city of Delft in the Netherlands since the early 1600s. At its peak, more than 32 workshops operated in Delft alone. Other manufacturing centers were established during the 17th and 18th centuries in other Dutch cities, London and other locations throughout Europe. Today, only one of the original Delft workshops, Royal Delft, is still producing Delftware using traditional methods.


Although blue is the traditional color of Delft pottery, other colors, such as reds, yellows, ochre, browns and greens, are in the palette. Gold is rare but is seen on a few unique pieces. Most Delftware is ornamental or utilitarian, such as vases, candlesticks, bowls, goblets, apothecary jars and wine bottles. However, unusual pieces include representations of royalty, naturalistic figurines of animals and birds and miniatures depicting scenes of everyday life.

Delft pottery is glazed to look like Chinese porcelain, which was an expensive and coveted import in the 16th and 17th centuries. Because the fine kaolin clays found in China were not available in Europe, European potters developed the technique of glazing local clays with a wash of lead and tin to give the opaque white appearance of Asian porcelain.

Most antique Delftware commands moderate prices, ranging between $3,000 and $6,000. However, rare and remarkable examples of this exquisite pottery can bring prices of hundreds of thousands of dollars.

Antique dealers, auction houses and private collectors buy and sell high-dollar Delft pottery. Although many dealers sell Delftware, only a few are able to acquire the rare pieces that command the highest prices. Aronson Antiquairs in Amsterdam is one of the most renowned Delftware dealers in the world. Christie’s, Sotheby’s and Bonham’s are the world’s leading auction houses that sell antiques and art. These longstanding establishments command trust and respect from others in the field. What makes them exceptional is their ability to acquire unique collections and present them at prestigious art fairs, auctions and private sales.

Delftware dealers and other professionals in the trade often develop strong relationships with collectors, getting to know their tastes and gaining an understanding of the basis of their collections. Although most collectors are usually buyers, not sellers, collectors sometimes elect to sell some of their works to refine their collections or to recoup their investments. Serious collectors often direct how their collections should be handled after they die. Some stipulate that the collection should be maintained as a whole, whether sold, donated to a museum or passed on to heirs. Others allow their collections to be dispersed using a trusted seller to handle the proceedings.

The most renowned dealers and auction houses offer appraisals and evaluations. Appraisals not only determine whether a piece is original. An experienced dealer follows economic trends and market fluctuations to determine the worth of a piece of art in the current market. In addition, they stay informed about auctions, shows and fairs that present an opportunity to buy and sell the most expensive Delft works.

Although museums may purchase and sell rare pieces or entire collections of Delftware to enhance or upgrade their inventories, a museum’s mandate is usually to acquire works for public appreciation and safekeeping. Museum pieces are often considered priceless, valued for their cultural, historical or design significance instead of their monetary value. Therefore, museums are not usually considered to be sellers of Delft pottery.

Below, we highlight two establishments that stand out in today’s market as sellers of rare and unusual Delftware. Both have presented significant collections in the past decade containing pieces known throughout the Delft artworld. Many have been described in art books, periodicals and other literature as superb examples of the genre.


Established in 1881, Aronson Antiquairs brings continuity of more than five generations of selling high-quality Delftware. This Amsterdam-based dealer works with private collectors, museums and corporate curators. The company showcases an extensive collection of Delftware from major pottery workshops operating during the 17th and 18th centuries throughout Europe. Not only does Aronson Antiquairs offer exquisite and rare pieces of museum quality, many items include verified provenance and legacy of ownership from the workshop of creation to the present. This continuity contributes to the value of the piece, ensuring the work’s authenticity, which is backed by meticulous research and full documentation.

Aronson Antiquairs recently presented a Delft collection considered to be on a par with collections in museums such as the Musées royaux d’Art et d’Histoire in Brussels and the Rijksmuseum in Amsterdam. The rare objects presented to the market at the art fair hosted by TEFAF—Maastricht were sourced from several private collections, other antique houses and family heirlooms. Aronson Antiquairs demonstrates its position in the industry by compiling a collection of this quality.

The items embody the diversity of the Delftware tradition. Pieces come from the best potteries producing works during the 17th and 18th centuries, including the Moore’s Head Factory, the Metal Pot, the Greek A Factory and the Three Porcelain Ash-Barrels Factory. One of the rarest offerings is a polychrome plaque depicting two birdcages, each holding a canary, painted in mirror images. The artist uses the trompe l’oeil technique to give a three-dimensional appearance to a two-dimensional object. Several figurines of brightly colored birds in various poses are also in the collection.

Other items include vases, plates and bowls. Several are painted in the Chinese style, depicting Chinese figures engaged in everyday activities. An exceptional polychrome gilded dish is a rare representation depicting a goddess in the Kangxi porcelain style using deep red and gold colors. As with many of the items in this collection, the prices of the most expensive pieces are not published. Instead, they are available by request.

Founded in 1766, Christie’s is one of the most respected art auction houses in the world. Christie’s conducts auctions and private sales for clients worldwide, including royalty, movie stars, private individuals and corporations. Their antique offerings are usually well-researched and documented.

In 2011, Christie’s presented Syd Levethan: The Longridge Collection, a famous private collection of 17th- to 18th century English ceramics, including almost 150 pieces of Delftware. Syd Levethan sought rare and unusual pieces of the highest quality Delft works over a 30-year period. Regarded as one of the finest private collections of ceramic art for the period, it contains one-of-a-kind Delft renderings that command high prices. Christie’s projected approximately $2 million for the collection. The final sale price was approximately $3.25 million.

The most expensive piece of Delft pottery from this auction brought $218,500. A polychrome bowl dated to 1638, an early piece from London’s Pickleherring Pottery, bears the potter’s initials. A wine bottle with a portrait of Charles II made in 1660 shortly after the king’s accession to the throne sold for $134,500. Other pieces commemorate historic events and religious scenes. Many of the pieces are from known workshops with dates of manufacture and maker’s marks.

Christie’s expressed their appreciation of being given the honor of presenting this collection to the market. Christie’s also has included provenance for many of the items, providing a historical context that augments the design elements and importance of the piece.

Final Thoughts: Who Sells the Most Expensive Delft Pottery?


The most expensive Delft pottery is sold by trusted professionals in the antique world. Two of the most prominent establishments are highlighted here. However, established antique dealers, certified Delftware traders and collectors are found throughout the world. Reputable dealers know the Delft market, have a broad constituency and usually display their own acquisitions. For those interested in buying high-quality Delftware, these professionals work clients to highlight pieces that may suit a specific interest. Most, including Aronson Antiquairs, Christie’s, Sotheby’s and Bonham’s, publish newsletters that discuss relevant topics about the artform. They also issue catalogues, bulletins and alerts about pieces and collections that come on the market.

Ways to Incorporate Ceramic Into Your Interior Design

Why Is Underglazing One of the Best Ceramic Painting Techniques for Beginners? 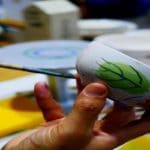 How Much Does a Pottery Wheel Cost?

For those who wish to take their love of clay and art to the next level, but don’t know where to start, you might be wondering how much does a pottery wheel cost.